The trouble with RAW honey

The trouble with RAW honey 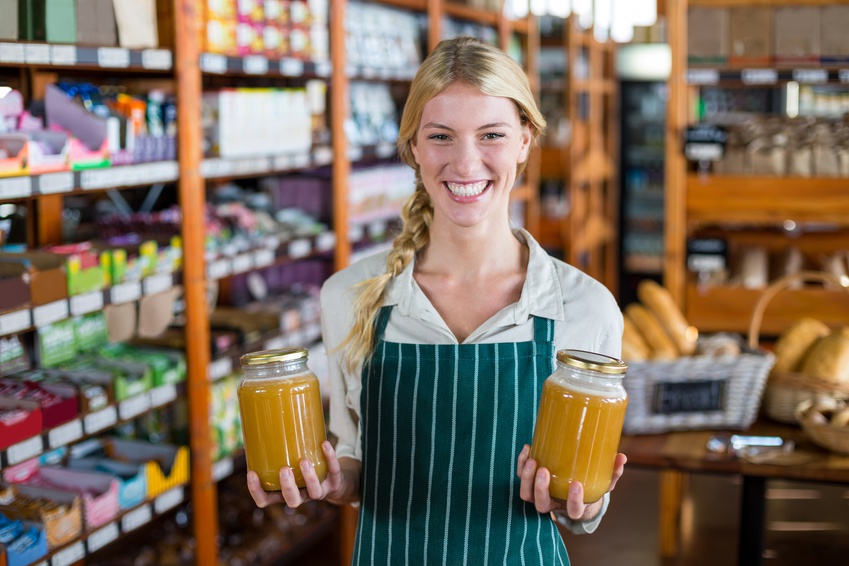 In the previous article of this series we looked at the problem with supermarket honey, examining some of the processes it is put through and their effect on the final product. In this article we will go into some of the differences between the average jar of supermarket honey and the original product of which it is often a pale reflection – raw honey direct from the hive.

To begin with, it is not very useful to regard every process a product goes through as being harmful by default, with the implication that nothing is ‘pure’ unless it is literally untouched. Honey needs to go through at least some kind of ‘process’, as otherwise it would not exist except for the enjoyment of bees. So not every process is bad by definition – what matters is the mechanism used and the purpose for which it is used.

For example, a honeycomb needs to be ‘capped’, that is, the wax covering the comb has to be cut away to expose the honey, and it has to be removed from the comb with an extractor, which spins and literally throws the honey out to be collected. The issue of unnecessary or unwelcome processing arises when it comes to filtering and heating, both of which are often used in processing raw honey, as we saw last time.

Because it is commonly believed that the mass market demands honey that is clear and liquid, it is usually heated to high temperatures, which has the effect not only of killing the yeast cells in the honey but also partly destroying the live enzymes. While honey without yeast cells will have a longer shelf life because it is no longer capable of fermentation, a side effect is to change the character of the honey, as many of the subtle aromas and flavours are removed. The enzymes present in live honey make it more bioactive than its commercial derivative, making it not only more nutritious but also helping their absorption and protecting against harmful bacteria.

Preserving the full range of these qualities, as well as the characteristic flavours and aromas that it gains from its origin in particular types of flower pollen, requires restricting any heating that takes place to a maximum of 40C, the usual temperature in the beehive. Unfiltered honey typically retains not only pollen but also pieces of honeycomb and propolis, making it rich in antioxidants. It is alleged by some health commentators as well as commercial manufacturers in their marketing that heating and filtering are carried out for food safety reasons, and that all kinds of dire consequences come of consuming untreated propolis and pollen.

While as with any natural (or processed) product, caution needs to be taken by those susceptible to allergic reactions, the consumption of raw honey is not a cause for concern – quite the contrary, given the range of health benefits associated with it. Honey is best eaten in its whole form – as with any other natural product, the more processes it passes through, the further it gets from its original form, the more additional enzymes and phytonutrients are stripped away from it, until little more than refined sugars remain. The role of macro- and micronutrients has been underappreciated until recent years but is crucial to the beneficial properties of whole foods – fruit is a comparable example, because once the close interaction between the nutritional components has been disturbed by refining, the remainder is merely fructose, which when consumed in its pure state is as damaging as white sugar, whereas when consumed in a wholefood context has demonstrable benefits for health. It would be unwise to consume refined simple sugars (sucrose, fructose and glucose), yet that is what mostly happens when eating commercial honey. This applies even to the most expensive varieties such as Manuka, which unfortunately is mostly little better than a clever commercial ploy – but that’s a tale for our next installment.

Mias’s Honey brings best of hand crafted products to Ireland. Our handpicked products are of high quality from producers in Europe. Homemade honey, craft chocolate, zero-waste household appliances, nuts and fruits directly from farmers and much more to discover in our shop. We are always near you, delivering nationwide.

This website uses cookies to improve your experience while you navigate through the website. Out of these cookies, the cookies that are categorized as necessary are stored on your browser as they are essential for the working of basic functionalities of the website. We also use third-party cookies that help us analyze and understand how you use this website. These cookies will be stored in your browser only with your consent. You also have the option to opt-out of these cookies. But opting out of some of these cookies may have an effect on your browsing experience.
Necessary Always Enabled
Necessary cookies are absolutely essential for the website to function properly. This category only includes cookies that ensures basic functionalities and security features of the website. These cookies do not store any personal information.
Non-necessary
Any cookies that may not be particularly necessary for the website to function and is used specifically to collect user personal data via analytics, ads, other embedded contents are termed as non-necessary cookies. It is mandatory to procure user consent prior to running these cookies on your website.
SAVE & ACCEPT
X Close